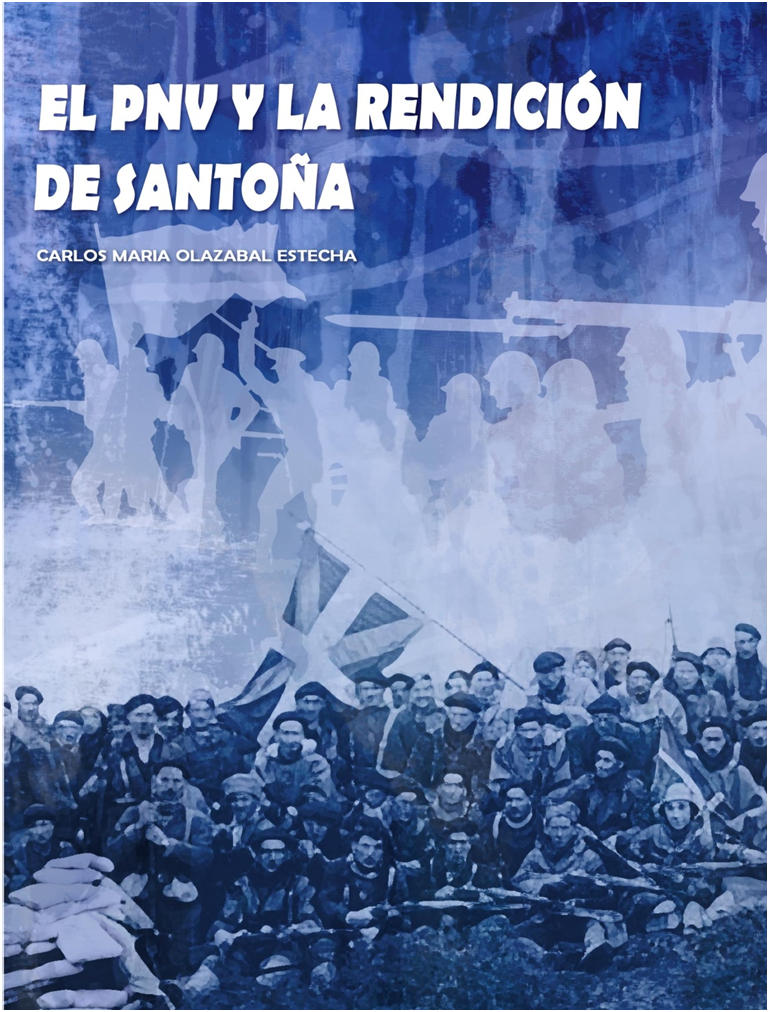 The PNV and the surrender of Santoña: Carlos Olazabal Estecha

During June 4 of 1944 the American troops enter in Rome occupying the city and among other things their files, in order to be able to demand accountability from the fascist hierarchs. Thanks to that action, the Italian documentation concerning the accountability of Santoña has come without expurgate to the current times.
The documentation is composed by tens of notes, reports,and documents coming from the own Mario Roatta (Mancini), Head of the Italian Military Information Service and second in charge of CTV’s mission in Spain.
Roatta was the man who negotiated with all the delegates of the PNV. He accounted the negotiation through documents, day to day, and sometimes almost, hour by hour, to his superiors.
Based on this documentation and the nationalist’s negotiator, the father Onaindia, the author rebuilds all negotiations relying also on other files and testimonies. Everything that happened in those months of July and August of 1937, which culminated in the surrender of Santoña.
The negotiations of Ajuriaguerra leading to the enemy camp, the hostages that José Antonio Aguirre brings to Santander for his own safety and the safety of the nationalist leaders and the nationalist negotiators who meet with Ciano, Mussolini's son-in-law. All these events form the preamble of a history that with the conformity of Franco and the guardianship of the Vatican will develop in the summer of 37.
This historical documentation allows us to clarify José Antonio Aguirre’s commitment in these negotiations, Franco’s attitude towards these negotiations, and the outcome of the covenants that we were explained as events.
The day August 24 of 1937 at 24 hours was the date and time limit set by Ajurriaguerra and the head of the CTV, General Doria, for accountability and pass all nationalist battalions to the Corpo Truppe Volontarie. The noon of August 23 of 1937, Ajurriaguerra flew from Biarritz to Santander to "direct the implementation of the agreement."
In the morning Ajurriaguerra will give the order to evacuate, and the life of the hostages will undertake a capricious fate. The last plane will leave with the commissioners of the Gudarostea Euzko Lejarcegui and Ugarte, the militaries responsible of the covenant. The pact of surrender, the day 24 at 24 hours, was not fulfilled, but did Franco fulfill with what has been agreed by the Italians?