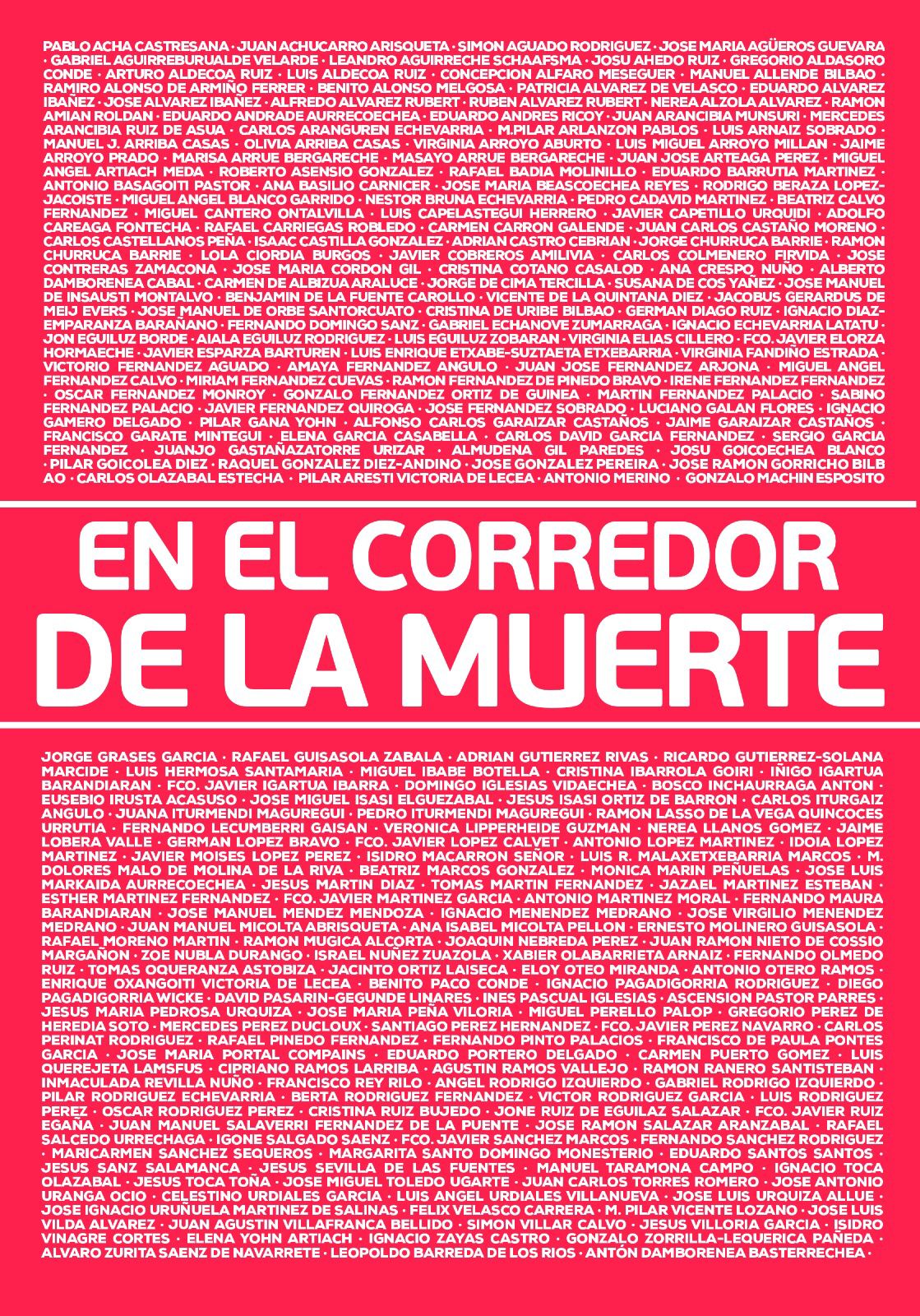 This is a unique book: the compilation of the experiences of the militants of the first party in the European Union, the Popular Party, who were sentenced to death by a separatist terrorist organization in democratic Europe at the end of the 20th century and the beginning of the XXI.

A book of survivors that, for example, in Guipúzcoa, is proportionally the group that has had the most deaths and injuries from terrorism in history

They were and are, normal and simple people, who voluntarily assumed a risk for themselves and their families to defend a democratic state of law and the freedoms of citizens, precisely the freedoms that they were denied. Even the main one, such as the right to life. They were part of a list of those sentenced to death, without recourse or appeal, with no court to turn to.

All of them, in one way or another, counted on the possibility that the death threat could be carried out. They lived for a decade or more on death row.

Condemned to live in a life without living, permanently guarded and excluded from any privacy.

It is paradoxical that their conviction for defending Spain, the Constitution, or the representation of a party, have given them longer sentences than many collaborators of the ETA slaughterers.