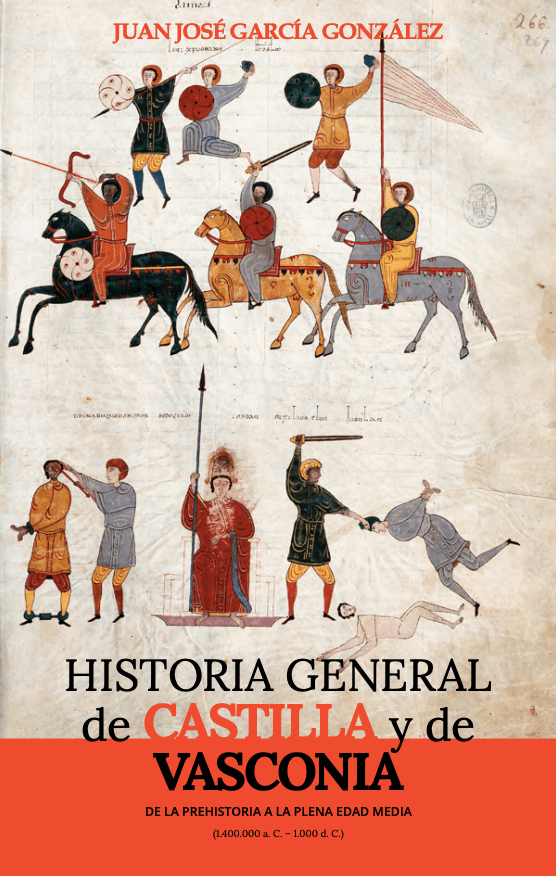 This book tries to provide interested readers of Castilla y Vasconia with a scientifically reliable reconstruction of the conditions of existence of the individuals who inhabited them in the long period between the beginning of Prehistory and the end of the High Middle Ages.

To this end, the volume is divided into three major stages of traditional flavor -Prehistory (1,400,000-350 BC), Ancient Age (350 BC-770 AD) and High Middle Ages (770 -1,000) -, which correspond fundamentally to many other forms of organization of survival: the hunter-gatherer band, the agricultural and livestock lineage and the small family farm.

Among the contents of this work there are some main lines of operation of the reference regions that deserve to be taken into account. At the level of convergence: the persistent homogeneity of the material bases of social support, the constant collaboration in the eviction of Islam and the early and stable integration of Álaba, Vizkay, Alaón and Urdunia in Castilla, a circumstance that gave rise to the successive configuration of a powerful feudal state, a vigorous peninsular kingdom and a dazzling world power. There are also three horizons of divergence to underline: the discordant relationship with Rome, the uneven transition to the feudal world and the different formation of the kingdoms of Castile and Navarre.

The work is not a traditional monograph or a manual to use but the medium that conveys the historical and historiographic thought of its author, and incorporates a good number of historical texts, explanatory graphics and illustrative maps