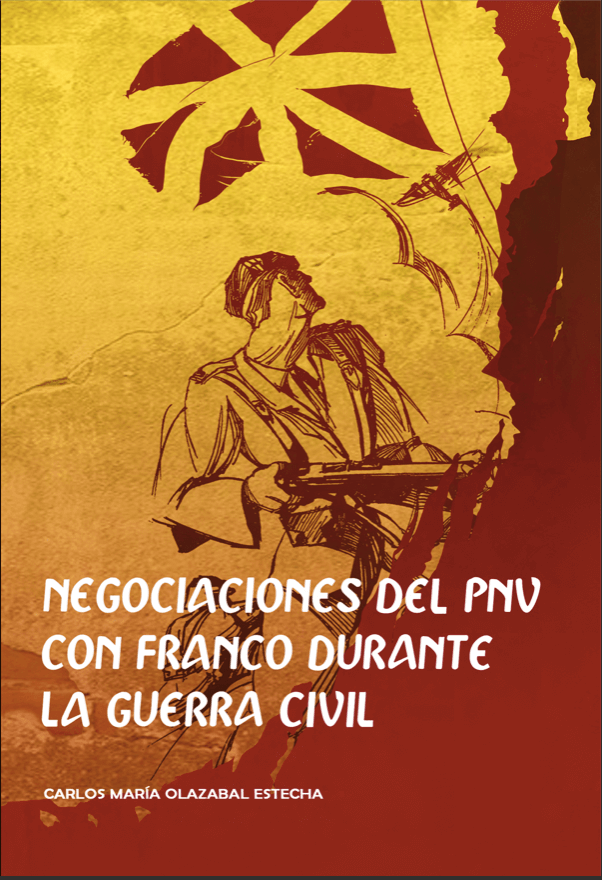 Negotiations between the PNV and Franco during the Civil War: Carlos María Olazabal Estecha

For the first time, the complete documentation of secret negotiations for the surrender of the Basque nationalists to Franco is published integrated and contextualized.
It includes documents on both sides that give the key and course of the negotiations that began before the uprising and eventually culminated in the surrender. The author has made a thorough investigation of documentary sources, in Spain, Italy and the Vatican, getting the keys to the negotiations that, guaranteed by the Vatican and Italy, led to the taking of Bilbao and the Left margin without resistance and the final surrender in masse to the Italian fascists August 24, 1937 in Santoña.
Secret documents, which shed light on other tragic events such as the attacks on prisons, the expulsion of the Bishop Mugica, the execution of nationalist priests, the bombings in Durango and Guernica, the renditions of Bilbao and Baracaldo, or the personal hostages of Jose Antonio Aguirre.