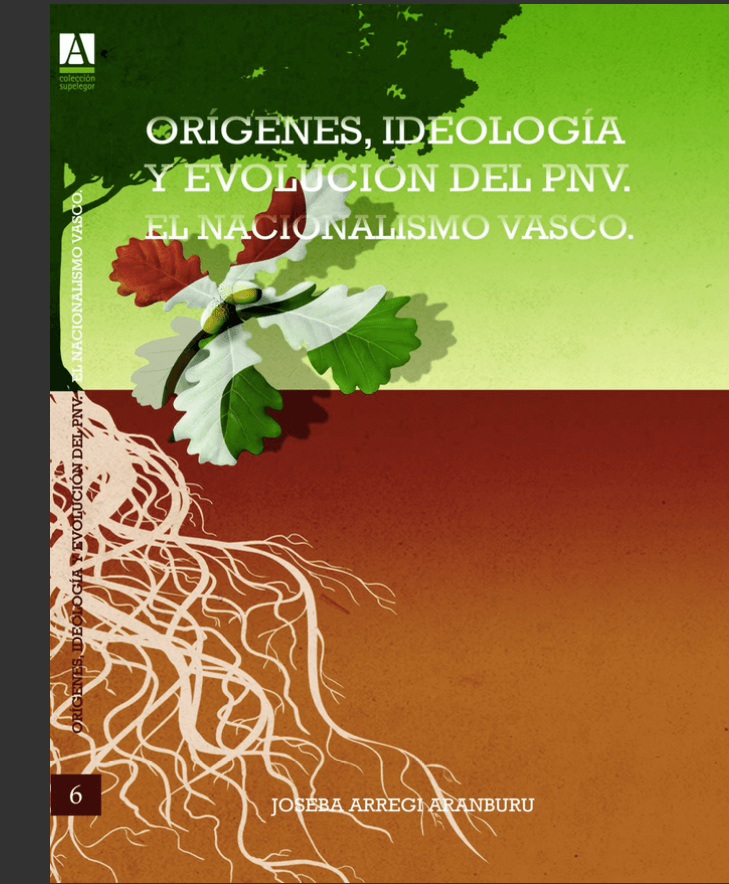 Origins, ideology and evolution of the PNV: Joseba Arregi

Joseba Arregi Aranburu, head analyst of the political and social situation in the Basque Country, makes a profound reflection on the ideological evolution of the Basque Nationalist Party. It goes from the origins of PNV (Basque Nationalist Party), characterized by their ultraconservative and religious affiliation, to present times, through the steps that have led to an obvious ideological vagueness of PNV. But despite this lack of definition they have held Basque political hegemony since the times of the Spanish democratic transition.
In this work, the reader will find a dispassionate analysis of the historical and ideological evolution of Basque Nationalism along modern times and the vicissitudes that have formed the current attitudes of the leaders of PNV. An analysis that, without exclusion of any kind, will go through internal tensions between autonomists and secessionists, division of the nationalist forces as a result of the emergence of the nationalist left, or conditioning of the political activity of nationalists and non-nationalists by the existence and action of ETA.