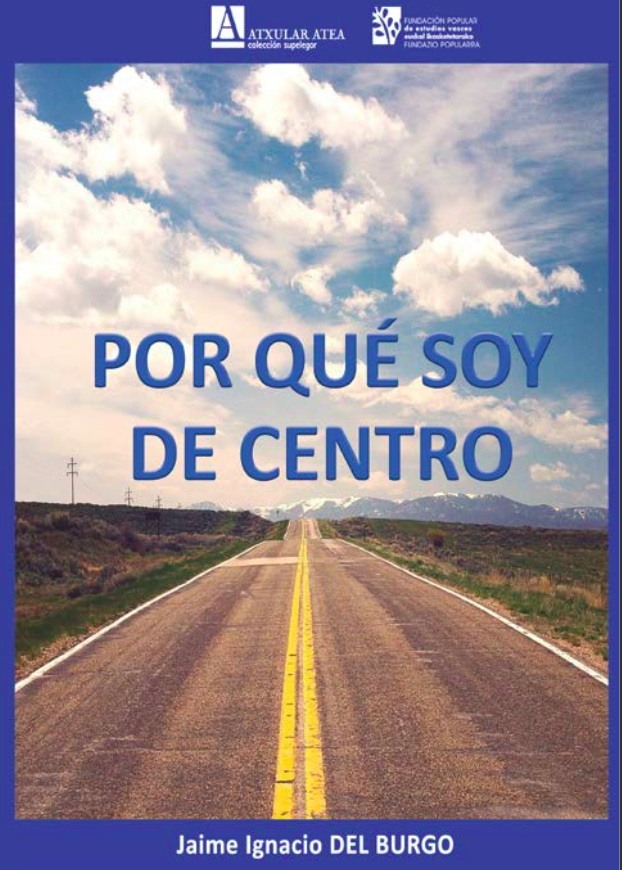 Why I'm from the center: Jaime Ignacio del Burgo

This booklet contains four articles that I published in the digital newspaper "Navarra.com" on November 3, 5 and 8, 2019, which in turn were a reproduction with some small variants of a document entitled "What is being from center? ”, written in May 2019 for the internal use of the Popular Party. I decided to make it public in the middle of the campaign for the elections on November 10, when some sectors demanded a turn to the right to stop the growth of populism, which they gave an extraordinary trick with the exhumation of General Franco from his tomb in the Basilica del Valle de los Caídos, by presenting it as if it were the most relevant historical event in recent times and qualifying it by the Notary Public of the Kingdom and Minister of Justice, as "the first victory of the vanquished." Without forgetting a calculated lukewarmness in the repression of the serious riots in Barcelona after hearing the judgment of the Supreme Court condemning the main leaders of the Catalan sedition.